By HoosierFB_JG,
December 4, 2019 in The Indiana High School Football Forum

Am I the only one that understands what NO PARTICULAR ORDER means? 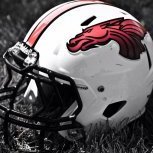 I was thinking the same thing, I mean it's only in black,  bold and larger print. Fairly well hidden in plain sight i guess. Lol

Just a guess.....but it’s likely there’s gonna’ be some hate on this thread.