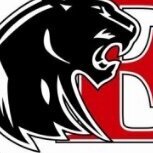 By BACKSIDEBELLY,
November 6, 2021 in The Indiana High School Football Forum

Changed his name. Thought that was obvious.

Not really sure what I said that was incorrect. I figured fans in Grant County didn’t know much about the resolve of the kids and staff at Eastside. Just thought I’d inform people that they wouldn’t l