6a is out of reach

By BTF,
December 29, 2021 in The Indiana High School Football Forum 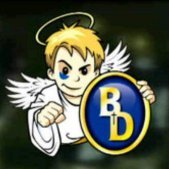 SF rule for 6A. Get 6 points your program sits out post season for 2 years. That way the other schools in 6A have a chance.

Agreed. For many teams winning a sectional game is a great accomplishment. Or a sectional final or regional final. You don't need a situation where every team has a fair shot to win a state final. Sch