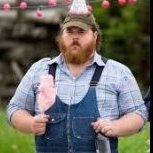 By RedwoodCowTippers, August 19, 2019 in The Indiana High School Football Forum