By from_the_sidelines007
September 19, 2022 in The Indiana High School Football Forum

Say it aint so

I don’t think laville will be tested till the Judson game . I think they will roll over Knox and probably won’t face a real good passing team  till sectionals ……. That being said Triton did push them 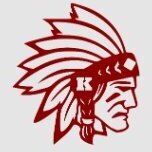