By TigerFan20,
November 28, 2021 in The Indiana High School Football Forum

I know this will come as a complete shock to you....SW Indiana doesn't want our need to schedule "Indy" schools.  It's not our charter to help elevate the play of that part of the state.  We also don' 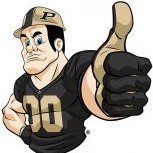 Lets hope by then the Tigers on their schedule are "real!"  😉