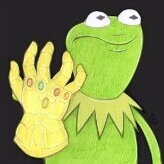 https://nypost.com/2021/04/06/mlb-just-moved-all-star-game-to-a-state-with-tighter-voting-rules/ Major League Baseball has tapped Denver as its replacement All-Star Game site instead of Atlanta —