By Guest DT,
May 10 in The Indiana High School Football Forum 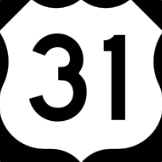 While I don't know the DAC scheduling practices....A lot of schools/conferences play their JV and/or Freshman games on Saturdays.  What happens to them?  The goal of high school football scheduli

I think they would.

My gold standards are '06 Warren Central and '91 Ben Davis. Those two teams were exceptional. I don't know if we've seen the likes of them since or will see them again.