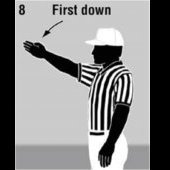 I'm seeing daily emails regarding Friday night games not having a crew for this season. On Eventlink I see 10 games currently without a full crew.  Many games with individuals linking-up to officiate for the first time together. Football officiating is very positional, meaning each position has a specific job on the play and a specific place to look. As a white hat myself, I have to trust my crew they are looking in the correct area. Does the group feel it's better to move these games to a different day (Thursday or Saturday) or carry on with thrown together individuals? Thoughts?

26 answers to this question