By jakone,
January 6 in The Indiana High School Football Forum

This move is far more important to Carroll and Homestead than it is Snider. Those two programs have to endure 6a every single year, and this new format will prepare them for that. They deserve a champ 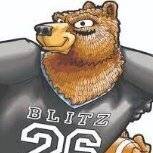 A lot of contention going around about "big school" and "small school" divisions. They will not be known as "big" and "small" divisions like the NECC because the enrollment doesn't make sense, obvious