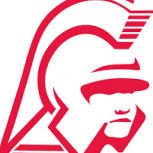 By cg_holmeaid,
November 22, 2020 in The Indiana High School Football Forum

Take your shots at Westfield now because they are only going to get better. Well coached, great youth program, and a rapidly growing community.

I will be cheering for my high school classmate, Jake Gilbert, but I don't see how anyone beats this Center Grove team.

I'm glad you said that. To make the final game, to me, is 1000% better than losing at the semistate. You and your school and your town got the state finals experience... When you get over wh