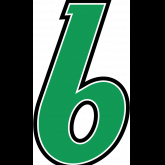 By MarshallCounty
September 28, 2022 in The Indiana High School Football Forum

I concur. And this newfangled forward pass experiment is ruining the game, too. Live Lateral, or Die!

Come on now.     anyone who has played on grass in Indiana knows that by October/early November it’s basically like playing in concrete.  The grass has stopped growing…gets cold and wet….ground

Back in the day, playing in the mud was fun, and to add on to what Dumfries said, and looking at the picture Thor posted, restoring a field back to good condition is very expensive. That includes the