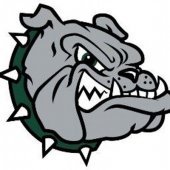 In terms of smaller school, I would throw the 2015 Monrovia up at the top as well.