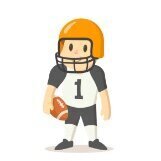 Rule of thumb:  Never pick against a P/P.  If the contest is against two P/P then who really cares?

Not shabby for a team that was not supposed to be able to hang with one of the greatest Indiana football teams of all time, at least according to some of the "experts" on this forum....LOL I feel